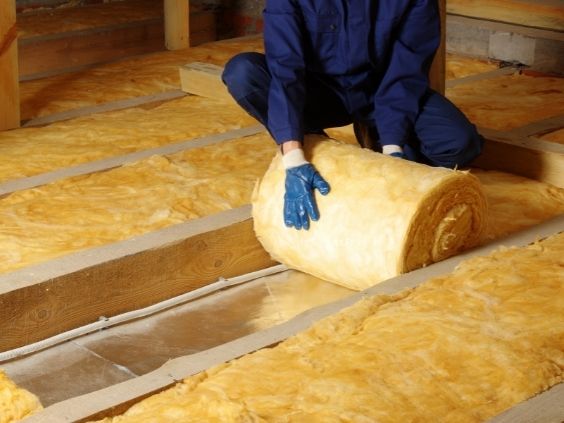 Home insulation is a common thing that many people use to keep out the cold and maintain their homes’ temperatures. However, there are other facts about home insulation you probably didn’t know. Check out five of them here!

People Have Used Insulation Since the Middle Ages

Many people assume that insulation wasn’t much of a thing in the past, but it has a strong history that dates to the Middle Ages, and almost most certainly well before that. The oldest written recordings of insulation come from the Middle Ages, when many people placed mud and hay in their walls to keep out the cold. People also draped tapestries across stone walls to prevent drafts. These were the beginning stages of finding solutions to keep homes warm at night and free of leaks.

From the times of ancient Greece until the 1970s, people used asbestos—a natural mineral—as insulation to control temperatures. However, scientists discovered in the ’70s that asbestos is toxic.

There Are Many Insulation Types Today

Another fact about home insulation you didn’t know is that there are actually many varieties of insulation, each with its own unique properties. Since the rise and fall of asbestos, many other types of insulation that aren’t harmful have been developed. These include plant cellulose and fiberglass.

A young researcher named Dale Kleist, who was looking for a better solution to sealing two architectural blocks together, accidentally invented fiberglass in the ’30s. Using a vacuum-tight seal, he attempted to merge two pieces of glass together, hoping they’d stick. However, a shot of air blasted through, causing the glass pieces to shatter into fibers. Kleist introduced this new accidental discovery to his boss, who then began manufacturing it into things we use today, such as insulation and boats.

Insulation Does More Than Control Temperature

There’s a lot more to insulation than controlling temperatures. Your walls’ padding also protects the insides of the walls from dust, unwanted pests, and flooding. Insulation can also absorb moisture so that no rainwater seeps in. The best insulation type for moisture and rodent protection is spray foam. Spray foam enters a wall through a hose that reaches every corner and crack. With these blocked off, a home is much more secure.