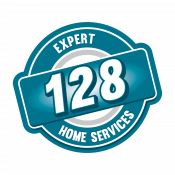 We offer plumbing, heating, air conditioning, electrician, water filtration and drain services for primarily residential homes. For over 25 years, 128 has been providing customers with high quality, efficient, and reliable service. We want to help homeowners be educated on what they have in their home and give an outstanding experience. We are up to date with the latest methods and equipment and specialize in high efficiency solutions and installations. 128 also offers ductless air conditioning solutions as well as a variety of financing options and rebates!

As a second generation New England cabinetmaker, Crown Point Cabinetry handcrafts the finest quality custom cabinetry for your entire home. Our direct-only sales model allows you and your clients to work one-on-one with a member of our in-house design staff. We work closely with building professionals, architects, interior designers and home owners to create the perfect solution for each project. After 40 years of serving discriminating clients on a national and international scale, Crown Point Cabinetry has earned a reputation for the highest level of quality and service.

In 2018, Crown Point was pleased to introduce an entire new line of custom cabinetry, Crown Select. Designed for clients that want fine quality inset and frameless custom cabinetry, Crown Select has one distinct advantage, price! Crown Select is handcrafted to the same level of fit and finish by the same artisans famous for creating our beautiful Crown Point Cabinetry. Cost savings are found in limiting the endless spectrum of customization found in Crown Point. By limiting the choices to the most popular styles, finishes, options and accessories, Crown Select can gives you the look and quality you want most, but at a more cost effective price point. 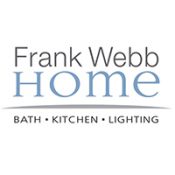 Whether you are simply replacing a faucet or remodeling an entire bathroom, it’s helpful to have access to a wide selection of quality products and friendly, experienced guidance when making your product selections. Frank Webb Home, the showrooms of the F.W. Webb Company, offers this and so much more.

It was 1979 and a smart business idea called cabinet refacing had captured Jost Fleck’s imagination. “Joe,” as he preferred to be called, recognized it as a smart way for homeowners to have a new kitchen that might otherwise have been beyond their budget. Instead of tearing out the whole kitchen, sturdy cabinets could be covered. He realized, though, that consumers might worry that was only a temporary solution, so he devised a method for cabinet refacing that was so reliable and permanent he backed it with a Lifetime of Home Ownership Warranty.

His wife Reine and their three daughters, Cindy, Renate and Lotte, helped him open a tiny, low-budget basement office in Allentown, Pennsylvania that he nicknamed the “Mole Hole.” They soon discovered the subterranean headquarters to be so flood prone that any heavy rain would have furniture floating around the room. Despite such setbacks, Joe wagered everything the family had on the chance that his full-page newspaper ad would make the phones ring.

He made his first sales on the power of his enthusiasm alone. And as he worked from his second-hand desk (yes, we still have that old desk), Joe co-coordinated the installations of the very first Kitchen Magic kitchens. Believing that customer referrals and testimonials would be better than any advertising he could pay for, he promised and delivered stellar results.

So began the Kitchen Magic tradition of over-delivering on promises, and the story of hard work and passion that overcame the darkness of a ‘Mole Hole’ for the light of success.